This article is about the overworld area. You may be looking for the dungeon.

The Coal Mine area is a significant area of the overworld in the Torla region.

The Coal mine area has two external buildings. The first is on the eastern side of the second level. It appears to be one of the miner's home; whose is unclear. An opening in the cliff face above provides access to the roof and chimney of the building. Using this route to enter places Alundra in the rear of the building, where a chest containing a Gilded Falcon awaits, along with the switch to open the door.

The second is on the first level, and appears to be a workshop. On the second floor is a musical workshop, where musical composer Kōhei Tanaka's in-game avatar resides. After completing certain dungeons, gramophones appear on the four tables, where the player may select tracks from the soundtrack to listen to.

The facade of the mine itself is man-made, and provides access to a third level which leads upwards towards Inoa Lake, and entrances to a minor dungeon and tunnel networks.

In addition to the Coal Mine, there are two caverns located in this area.

Passage to the Lake area[]

The western cavern, next to the waterfall, leads to the Emerald Crest stand in the Lake area. It features a minor puzzle, where Alundra must kill several Pukus while standing on a small platform, which rises as the Pukus are killed.

The eastern cavern, directly above the Coal Mine entrance, can be opened with the Bomb. It features first a small gauntlet of spiked balls that are easily avoided, followed by a stone pillar which requires the Flail to proceed. The next room contains a Pukus ambush, which must be neutralised to open the stairs up.

Upstairs, there is a gate that only opens once all of the Pukus in the adjoining chamber are defeated. The Pukus seem to spawn endlessly, but there are actually only fifty (each one respawns ten times). Defeating them produces a chest and opens the gate, allowing access to the chimney of the building outside. 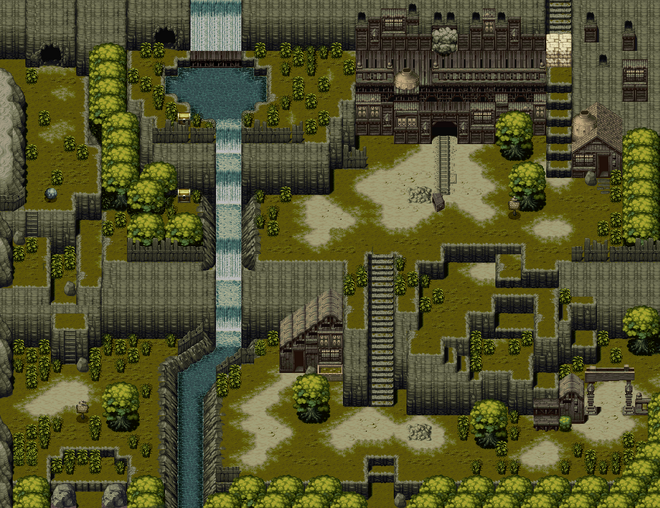