"Oy! So many people in this village! Have you met them all yet, Alundra?"
—Jess

Inoa Village is the central settlement in the region of Torla in which Alundra is set. Most of the known inhabitants of Torla live in, or very close to the village, with select few, such as the smith Lurvy, taking residence elsewhere for various reasons. It is the only substantial, functioning settlement within the game area.

The town is lead by its mayor, Beaumont, and protected by the hunter Kline. The town is fiercly devoted to their gods, despite the king's ban on such practices. Though the village is small, it is self-sufficent with a working Coal Mine and blacksmith.

In recent years a number of its residents have fallen victims to vicious nightmares, and it is ravaged by a large number of other ailments soon after Alundra arrives, climaxing with a raging fire that burns most of the buildings to the ground.

Click on a house to go to the relevant section on the resident's character page. 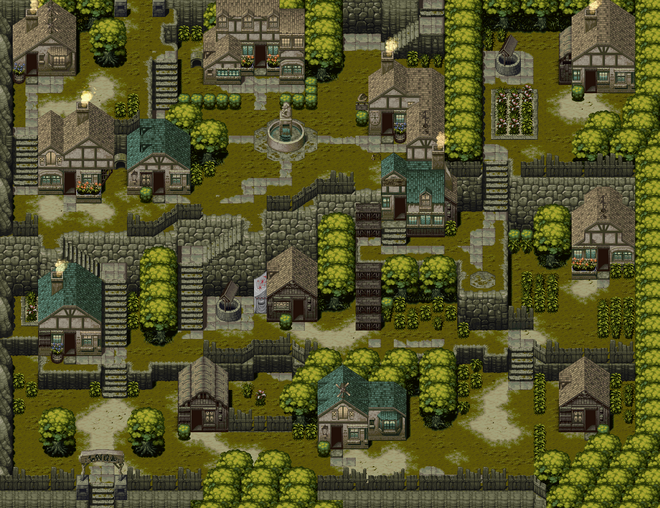